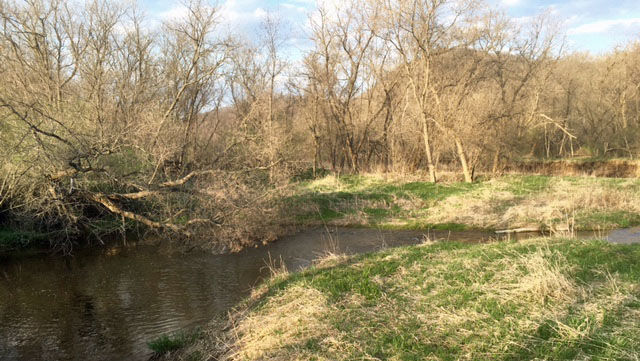 A lack of rain, 80 degree days and the fact that our snow has been gone for almost two months now has made the steelhead fishing tricky.  Most of the rivers north of Sheboygan are getting very low and have had good numbers of suckers now for a couple weeks.  There are still fish around, but be prepared to fish low-light, rainy days and use smaller flies/tippets than you normally would.  The rivers from Sheboygan to Racine are in much better shape and are holding more water.  The forecast for this week is favorable for steelhead, with lower temps and some rain being called for.  Over the past few years, we’ve caught fish into the first two weeks of May, when everyone else was fishing walleye and bass.  If we get a measurable amount of rain, get out there and you’ll have a shot at a fresh fish!

The trout fishing across the state has been really strong the past few weeks.  Reports of black caddis are pouring in from the central Wisconsin streams.  Hendricksons have been reported on a handful of the western Wisconsin rivers and the spring creeks in the southwest have been on fire.  In the Driftless, midges, olives, caddis and hendricksons are around.  The subsurface fishing has been great, both with streamers and nymphs.  Even beetles and other terrestrials are taking plenty of fish.  Water levels are good, but starting to drop.  Wear drab clothing, approach the river low and try to false-cast away from the water you want to cast to.  Wherever you’re fishing, be sure to have some soft-hackles with you as well.  With the spectrum of insect emergences widening, soft-hackles become more and more important this time of the year.  They’re great for covering water, they cover a wide range of insect-life and are just plain fun to fish!

On most of our northeast Wisconsin rivers, the water temps crept over 50 degrees in the past 4 days.  This means that our warmwater species are becoming more and more active.  We’ve got some rivers that are open to fishing right now and stripping streamers has been a blast!  Smallmouth, walleye, pike and even steelhead/browns have been swinging at streamers.  With this weather, how can you not want to be in a drift boat for the day?  Both the water levels and temps are prime for yet again another amazing smallmouth season.  Our pre-spawn trips start up here in a few weeks and we couldn’t be more excited for that!

The shop is stocked like it never has been before… Whether you need a rod, waders, flies, lines or just some advice, call us or stop by and we’ll take care of you!