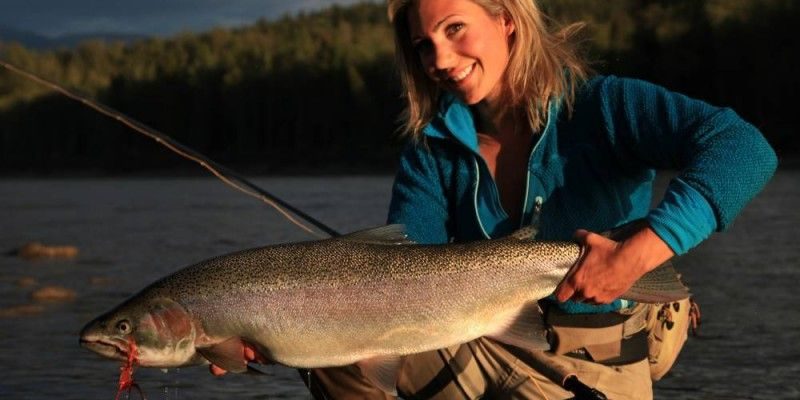 Class is SOLD OUT 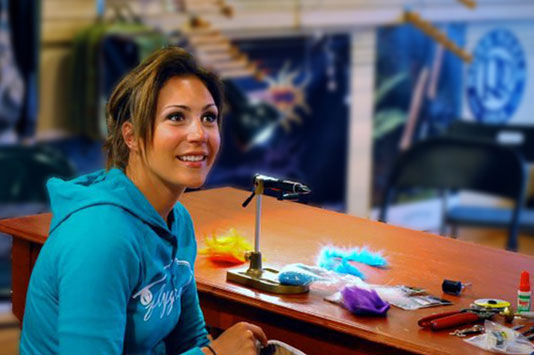 Join us November 4th for a private tying class with April Vokey at Tight Lines Fly Fishing Co. April will be teaching two traditional steelhead patterns and materials are all included. This is a fantastic chance to meet an amazing lady and one of the greats of our sport. Space is limited to 12 so get registered early. April will be in the shop for an hour before the class for a meet and greet that will be open to the general public. The class will be closed to only the 12 lucky participants that sign up first. We are looking so forward to getting to spend some time with April. Ladies this is your chance to meet one of the finest female anglers and fly tyers.

Meet and greet with April 4pm-5pm

April Vokey began fishing as a toddler. By the sixth grade, she was saving her allowance for weekend visits to the local tackle shop where she eventually stocked her ‘hand-me-down’ Plano box with every lure and bait she could afford.

Counting down days for the opportunity to attain her driver’s license, by the age of 16 she spent every summer, fall and winter seeking escape through the salmon and steelhead migration that frequented BC’s coastal waters. Such ventures drove her to self-discovery, realization, motivation, and a hunger to escape a troubled environment in the city she called home.

After discovering a passion for fly fishing in her teens, April Vokey soon dedicated her entire life to the pursuit, eventually culminating in her founding Fly Gal Ventures in 2007 at age 24. The company was built on the basis of the promotion of both education and encouragement to those who looked to chase their dreams. She has since established herself as a respected authority in the sport and has traveled the globe in pursuit of gamefish on a fly rod.

Her writing has appeared in numerous industry leading publications including Fly Fisherman, Fly Rod & Reel, and Fly Fusion magazines. In July 2012, April became the first fly angler to be featured in Outside magazine for their “XX-Factor” segment. She is in the process of authoring her first book.

Most recently, Vokey proudly wrote and hosted her own exclusive series, ShoreLines with April Vokey, as shown on the World Fishing Network.
The series episode schedule can be found here.