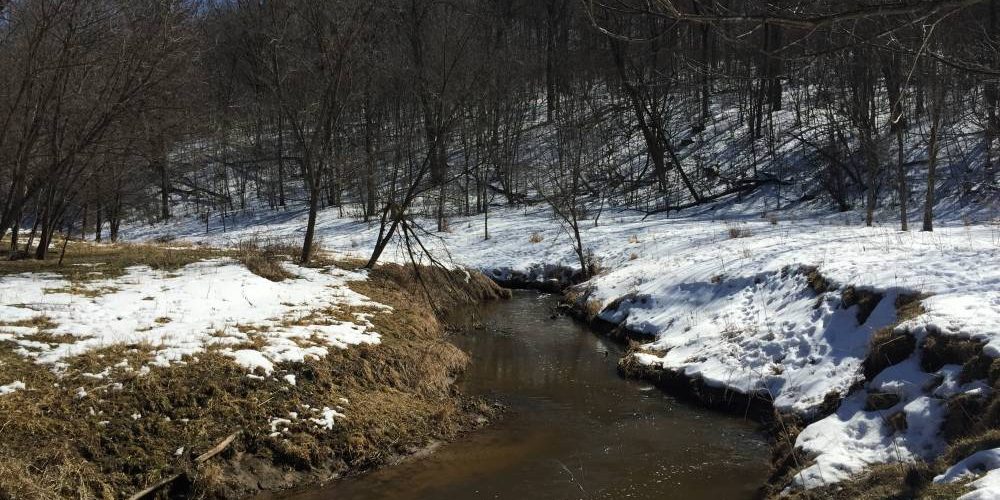 The shop is very excited to kick off the brand spanking new early trout season!  The new official opening date is the first Saturday in January.   This season opening day will be  January 2nd so get out and fish with this ridiculously mild winter.  Check out the information below taken for the Wisconsin DNR website. 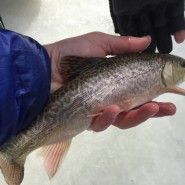 MADISON, Wis. – An expanded early trout season that opens Jan. 2 will give Wisconsin anglers one more reason to love winter.

While ice fishing will still rule the day on most inland waters, rivers and streams with strong groundwater flows should be open and ready to greet anglers interested in catching and releasing trout. The expanded early catch and release trout season runs from 5 a.m. on Jan. 2 until Friday May 6, 2016 on waters where the early season currently exists. The regular trout season opens Saturday, May 7, 2016.

“We appreciate the angler interest in our world class trout waters and we believe the early catch and release season will provide exciting opportunities while protecting the resource,” Griffin said. “We hope that by providing more opportunities we will recruit more people to trout fishing and the extended seasons will have a positive impact on the local economies.” 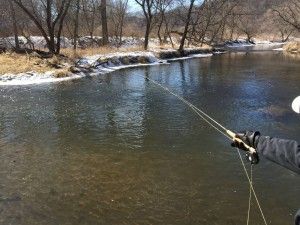 Since 2011, the department has held more than 30 public meetings, conducted three surveys and convened additional task force meetings to develop the trout regulations.

Following the early season, anglers will see simplified regulations during the regular season. The regulations were developed to create more uniformity for anglers who fish on different trout streams and within small geographic areas. Under the new system, maps online and in the regulation pamphlet will indicate which regulation is in place:

In addition to the early spring season, the fall harvest season will extend from the current Sept. 30 to Oct. 15 in 2016. To learn more about the regulations, visit DNR.wi.gov and search “trout review.” Early season anglers must have a valid fishing license and a trout stamp; licenses are valid from the start of the license year in early March through March 31 the following year. Access DNR’s online licensing system by searching for “licenses, permits and registrations.”